DCLXVI – The Numeral of the Beast - Part 7

Wow… That cut far deeper than I had expected it to. I started to describe the recollection and raw emotion took over. I don’t think anyone properly realises at the time when things are happening, but looking back it hurts now. I loved my friend deeply and relaying that small memory was not as I had thought it might be. At the time I described and for many years previously he had been an ever present in my life, we used to pretty much live in each other’s houses, share everything, highs, lows, success, failure, marriage, divorce, we were always there for each other. With a few other friends we would compete over everything, but share the win or the loss.

When he tragically passed away in 2014 we had then for a couple of years, influenced heavily by others, unintentionally drifted apart, but back at the time I mentioned we were virtually inseparable. He was the best of me and I was probably a bad influence on him, but like chalk and cheese we were best mates.

I have dedicated the first book of the trilogy to his memory, but when I specifically describe the main protagonists’ friends, I have also drawn upon many other examples of my personal friendships for characterisation because initially when planning the characters I had tried, but couldn’t find the words to describe the feelings I have for his memory and its long-term influence on my life as a whole. I really didn’t want to risk not being able to do him justice with my fantasised scribble…

Here is the dedication page as an extract from the final proof :- 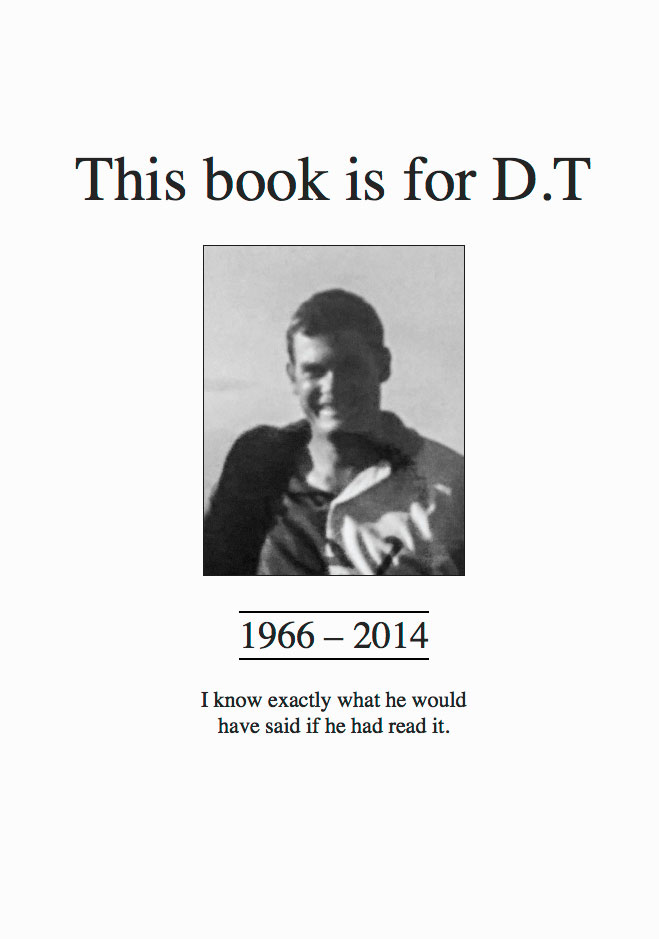