Author of:
Breaking the Tranquillity of Solitude 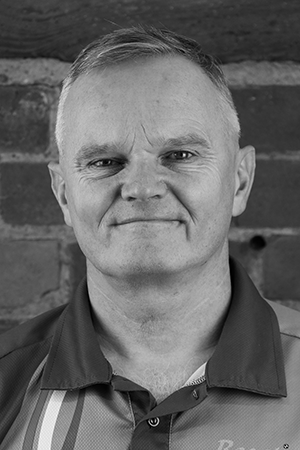 2019
Edward Charles Johnson was born in Wolverhampton, England to Marjorie Phyllis and Henry Sylvester Johnson on 17/11/1965. He was one of five children that the couple had but was the only boy as they had tragically lost their first son Ward many years before and as such Eddie was something of an unexpected surprise and came to his parents relatively late in their lives, his mother being forty-three and his father fifty-five when he was born.

This age disparity was the cause of some teasing when he was at school and led to a few fights but although relatively small as a youth Eddie was never one to run from trouble and came home with a few bruises and missing teeth on more than one occasion.

Eddie did, and still does to this day suggest that it was this difference in age of his parents in comparison to most of his other peers that caused him some problems and strife but actually gave him a unique perspective on life, growing up in a rapidly developing technological age but with all the old-fashioned and early twentieth century war era values.

He has had many jobs in his chequered career and currently still works as a domestic appliance service engineer by day and goalkeeper coach in the evenings whilst tapping away into the early hours of most mornings in an attempt to develop a career as a writer. Who knows what the future might bring, the truth is quite often stranger than fiction.

If you want to contact Edward (Eddie as he prefers to be called) he is happy to receive your feedback. Contact can be made via Email on eddie@edjpublishing.co.uk

More information about either of his companies is available via the internet using www.reactionsgk.com and www.washerwise.co.uk or you could look him up on Facebook or Twitter.
CONTACTBOOKS

A UK based independent publishers

Our founder Eddie Johnson, has been used as a test case for our new approach to publishing. When his trilogy is released we can then open the door to other aspiring, new authors. Our aim is to help.
CONTACT
HOMEBOOKSBLOGVLOGSAUTHORSABOUT EDJCONTACT EDJ