Love or hate... Life or death... Reality or oblivion. 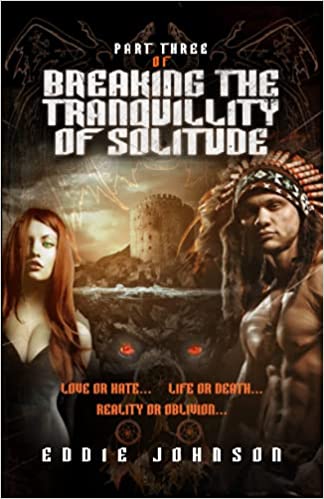 Continually staring into the abyss of his own confusion, Brody Martins once again attempts to lead his friends out of danger. His one single, catastrophic mistake transported him to this world of madness and contradiction. Having to return home to set things right, his turmoil is exacerbated by his ignorance of the original error. The obstacles he must now face continually thwart his efforts to escape and gradually drive his mind ever closer to breaking point.

Charlotte’s striking physical similarity to Charley creates a singular moral problem for Brody to ponder and it only adds to his anguish when the two meet. His emotions are pulled in all directions and something has to give. Realizing he’s being monitored and manipulated by Evet, Brody attempts to build mental barriers to block his nemesis. Baffled by a parallel resemblance between his current situation and his other life back home, Brody must find a way to solve the riddle of the Necronomicon. Its true nature and connection to Evet hold many of the answers he seeks.

If he finds a way back home, will anyone believe where he’s been? To stop Evet’s next devastating attempt to achieve immortality may require the ultimate sacrifice. Only the perception of how it all began opens Brody’s mind enough to determine how to close this Pandora’s box of distorted reality. Following his heart, Brody risks all to defeat Evet’s plans. But will he also finally discover the depth and true nature of his own suppressed feelings?
PAPERBACKKINDLE
FREE DOWNLOAD OF PART ONE

Can where be when? And why? 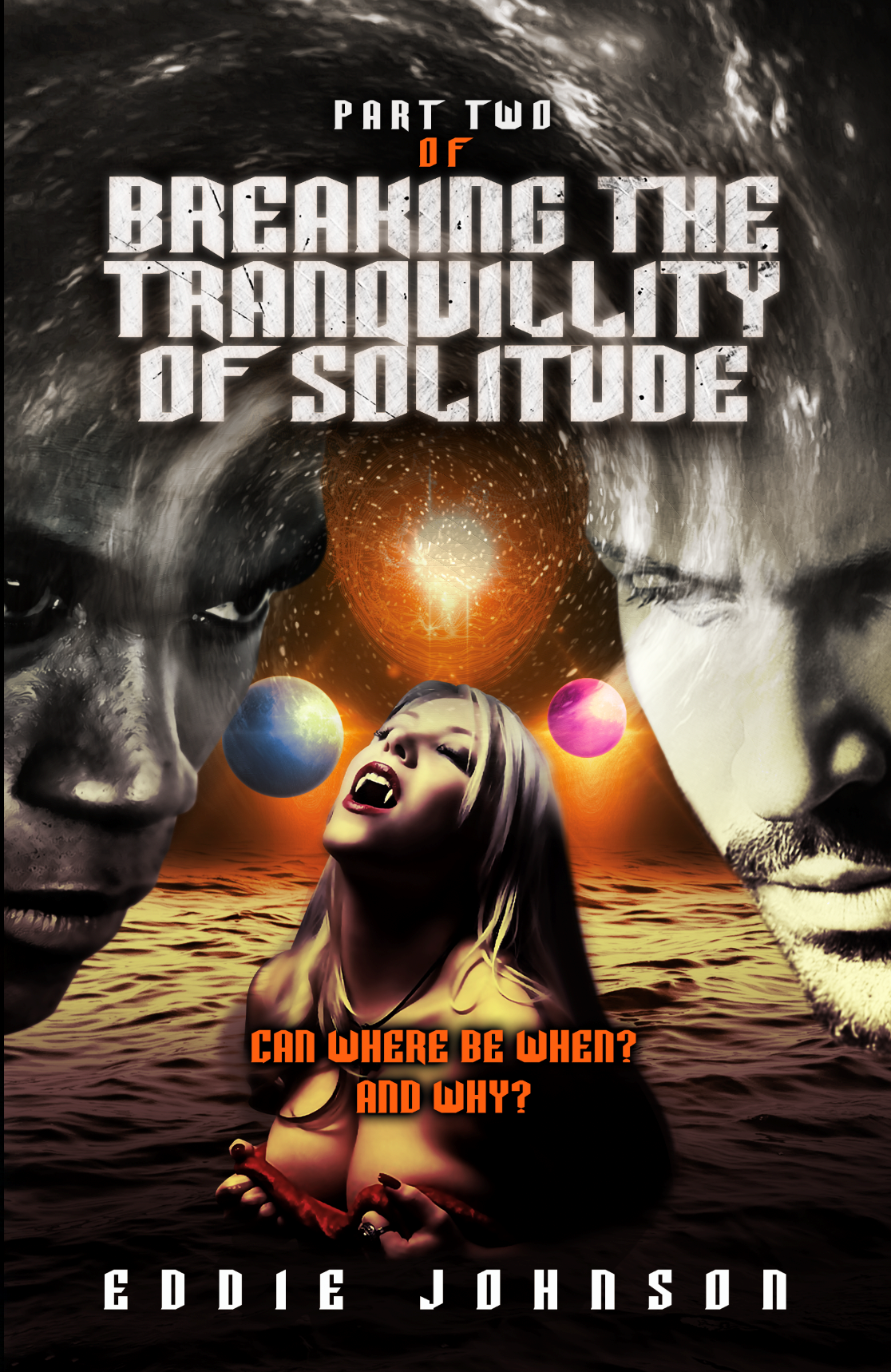 Brody Martins, trapped in a mystifying alternate state is still unaware of his own simple error which led him there. Every direction seems to offer déjà vu, pain, and confusion. His deepest desire to get home is thwarted by the harmful possibility its success may create. Memories of friends from home become a strange mirror image of his current allies, and he knows that any escape attempt could potentially destroy them all.

Devastated by an horrific twist of fate, the decision of which reality is safer is made for him. With only one thing to blame he sets out on a new mission of retribution. Wanting justice for the loss, so brutally experienced and still longing to leave this contrary place, living here no longer satisfies his basic need for survival.

Constantly thwarted by his nemesis in this alternate version of reality, Brody vows to take revenge. The new companions, battle not only their growing inner demons, but also must overcome the evil intent that opposes their goal. Past and present blur into one as Brody leads his friends to flee the oblivion that beckons them all…
PAPERBACKKINDLEEBOOK
FREE DOWNLOAD OF PART ONE

Breaking The Tranquillity of Solitude (Part One)

One man, one love, one mistake… Infinite possibilities? 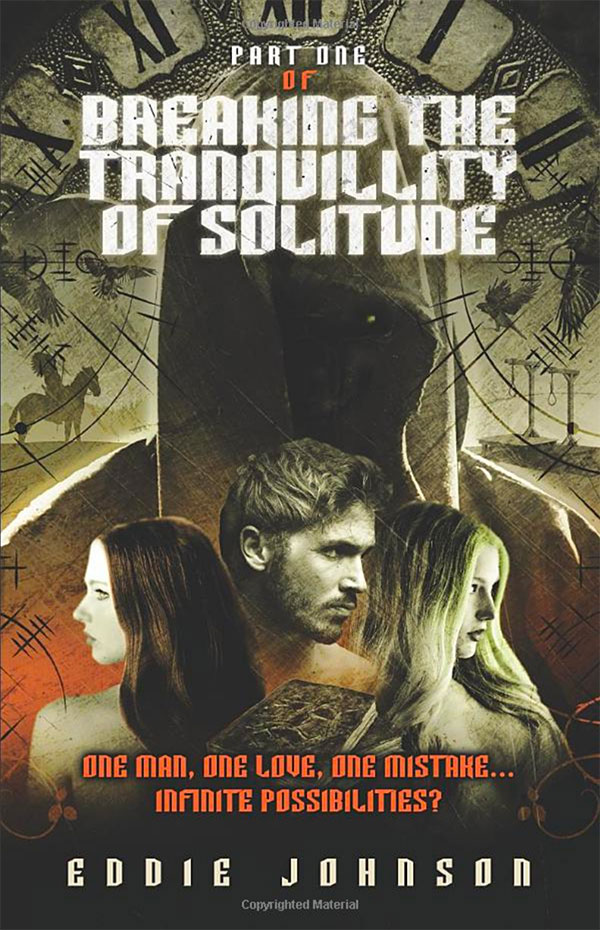 Workaholic head of Future Transportation Development, Brody Martins, unwinds from the stress of his high-powered role with heavy-metal, gambling, tattoos and unlicensed fighting. But this lifestyle also serves the purpose of masking the pain of his so-far unrequited love. So when the long-coveted first date suddenly becomes a true possibility things begin to change very quickly.

On the brink of a scientific breakthrough at work, the excitement of imminent success in both his profession and his stagnant love life combine to distract him and he makes a catastrophic mistake.

Whilst running one final routine test he is thrown into an alternate phase of reality billions of miles across the galaxy and, not realising his own error, strange and wonderful events begin to dominate his new existence.

Caught in this disturbingly familiar land of confusion and violence he must now fight; not only to find a way home but to stay alive and, ultimately, to save the universe and reality itself. Failure will destine him to a loveless life of physical torture and mental déjà vu. He must find a way home, back to his true love, and finally break the tranquillity of his own mental solitude.
PAPERBACKKINDLEEBOOK
FREE DOWNLOAD OF PART ONE

A UK based independent publishers

PAPERBACK PART 1KINDLE PART 1EBOOK PART 1
PAPERBACK PART 2KINDLE PART 2EBOOK PART 2
As you will have read in the About Us section we are currently still in our own developmental stages, offering free advice and guidance to people who like Eddie find themselves in that limbo of the literary publishing world maze. If you need help or guidance call us anytime. In the meantime take a look here at what we have achieved with Breaking the Tranquillity of Solitude, Eddie’s opening title. The book was seen to be too long to be a standalone first novel but Eddie had even more to add so we suggested it be made into a more consumer hand able trilogy.
Part 1
In the first part of the story we are introduced to the main character Brody who has always generally been a carefree happy go lucky sort of guy. However over years of limited commitment he has drifted to workaholism. He decides to settle down a little and pursues a new career in transportation development. The book is set in the not too far distant future and Star Trek style beaming is the commonplace form of localised transportation. However it is somewhat restrictive in its range. Rockets and space ships as interstellar private transport seems centuries away due to cost and logistic barriers. Brody believes he has solved the problem and discovered the holy grail of transportation… Inter-phased travel which if successful will allow virtually instantaneous travel over infinite distance as well as potentially offering multiple medical advancement possibilities to boot. Alongside this work development he has for the past two years been madly in love with a work colleague but to date has not managed to further the relationship. Just before his big meeting to show off his work she agrees to see him. In an excited and heightened state he makes a catastrophic mistake on his final test… The adventures that ensue are a test of his character as well as his physical endurance. Along the way he is introduced to a mystical volume that prophesizes and relates directly to things and people he has met since the accident. The book is powerful and could be influential in saving the planet as well as helping him finally getting that elusive date.
Part 2
We follow Brody again as he continues in his attempt to solve the riddle of Evet, the mystic book and how to get home. He had been slowly starting to piece it all together, but was left with difficult choices and had to battle his own personal demons to ensure his decisions were correct. Horrific events then side track everything and the adventure takes a drastic turn. Many characters that had previously helped him and some that hindered, both alive and dead are strangely revisited. Friends old and new combine in a desperate attempt to solve the mystery. With clues hidden in both past and future, a newly discovered subterranean environment causes an extra challenge for them all. Physically and mentally Brody must now fight not only to get things back to normal but for the very survival of his friends, his own sanity, the universe and reality itself. The final solution still eludes him…
Part 3
Picking up from exactly where we left off, with Brody still trying to unravel the mystery and understand what has happened. Continually, even more mind bending and horrific events pick away at Brody’s sanity. Survival and escape aside, the only common denominators in his confusing situation seem to be his two best friends, Charley and Cash who are themselves now dragged deep into things as they try to help him find the truth. The who dun it aspect comes to a head and they finally find what Brody was looking for, but what he thought he was looking for and what they find may not be as he or you might have expected. We follow them all, every step of the way as they try to put right all that has been effected by Brody’s, still unrealised original mistake. Brody is forced to explore more memories of his youth and the disturbing possibilities of his future. The excitement builds and seems to be nearing a solution when another catastrophe strikes putting things back to square one. Together we then discover the strange and un-nerving truth and witness the conclusion to the adventure as it unfolds…
CONTACT
HOMEBOOKSBLOGVLOGSAUTHORSABOUT EDJCONTACT EDJ