DCLXVI – The Numeral of the Beast - Part 9

Edward (Eddie) Johnson is not a man you just meet and slowly get to know – he is a man that arrives in your life fully established in whatever guise he is inhabiting at that very particular moment. Charity fundraiser, goalkeeper coach, film maker or domestic appliance shaman – Eddie is each and every one of them and a few others to boot − fully formed and ready to go.

Much like Mr Benn’s trusty shopkeeper, Eddie will suddenly appear when you least expect him and, before you know it, you are involved in one of his amazing and often hair-brained schemes. A phone call from Eddie can be as unpredictable as a 1960’s hippy acid trip and often twice as exhausting.

When Eddie asked me to write a foreword for his three-book series, I wasn’t even sure what genre they would be – technical manuals on washing machine parts, perhaps; an exposé of Joe Hart’s set positioning, or a Jeffrey Archer style, money-obsessed, charity whodunnit saga?

Well, it was none of these and, now having read all three parts of Breaking the Tranquillity of Solitude, I know it all but defies genre, as indeed, does Eddie himself. It is a futuristic, Viking, space and time travelling, mind-reading, existential Pilgrim’s Progress, twisted love story of a book that draws heavily on the weird nature of dreams, the impossibility of omnipresence, growing up in Wolverhampton, hero worship, Scooby Doo and games like cribbage. The books are a strange uncanny mirror of the author – the indefinable Mr. Johnson himself.

I exhort you to give this trilogy a go and for more than just one reason. Not least because it actually takes great courage to put pen to paper and open up your creative world to others (and I really admire Eddie for having done just that) – something that so many people only talk about doing – but that’s the joy of the man – he is an eternal trier; never giving up on anything until the task, whatever it might be, is done.

My second reason is slightly more prosaic and personal – our washing machine has broken and if enough of you read his books he might just come and fix it for me for free!

With all sincerity though, in my opinion the books are not pretentious or grandiose, they are more onion-like, with multiple layers that repeatedly reveal hidden depths and different sides to the various characters as well as the author’s own inner psyche. All in all, the whole thing was intriguing, a fun read with many surprises that hit you from all angles. I believe it will appeal and captivate a very broad range of readers on many different levels. Thrilling and amusing in equal measures; a very imaginative and thought-provoking series of books which kept my interest from beginning to end. I thoroughly enjoyed the read and genuinely think that you will too.

Well done, Eddie, and good luck with it all. You should be very proud of this achievement. 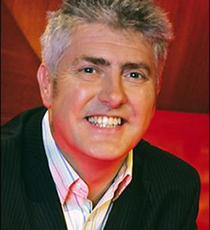