So we have travelled back in time to my youth and flitted back and forth through a few life changing moments, but here we are, a few days after the release of part 1 of my trilogy. Obviously I want everyone to read it and feedback to me so I can try to improve things in readiness for part 2. But I can’t go further without paying tribute to a few people who have helped along the way. So here is my acknowledgement section, apologies for anyone I missed but you might be in book 2 ?

Nobody has really helped me ‘write’ this book, but some have certainly steered me back towards centre when I have occasionally strayed from the beaten track. However, quite often the incidences of straying have gleaned some of the most interesting details. I feel I must particularly acknowledge two people: firstly, my niece’s husband, Mark Parry, who very early in the process helped channel and re-direct my thought process on how to better structure the piece. It was his depth of knowledge that started me laying a path rather than digging a hole. Secondly, there is Paul Bullock, a friend and heavy rock music sympathiser who has been a constant sounding board for many of my diverse and basically weird ideas. I could have sat and written more pages of famous influential acknowledgements than chapters of the book itself. Thanks has to go to those who, over the years, have had an impact on my life in one way or another and have indirectly inspired me to get this far. However, it is highly unlikely that you or even more so, they, would ever read such a list. Thus, I have decided to be as minimalist as possible in the representation of them and wanted to place them in no particular order.

My borderline OCD tendencies will not accept that ‘random’ truly exists for such a task as list making, so alphabetical order seemed a fair compromise − no importance of one over another is implied. I have listed a few that represent the many, so anyone who seems as if they might be missing may be covered by the mention of another. That is my excuse for having, no doubt, missed many and not having to type 20 pages or more. It is quite a good get-out for any mistakes and I’m sticking by it. Before any of those mentioned or even not mentioned had influenced me in any way, there was far more crucially my dad, Harry Johnson Snr, and my mom, Marjorie, whom without I would not even exist let alone be in my current situation in life. I realistically owe them everything. The others include…

Given all these famous influences I have to say, very respectfully about them all − alive or dead − far more important to me are those who have not only inspired me to write but have helped me aspire to be a better person and regularly continue to do so. These are those I yearn to please most of all… Archie, Charlotte, Daniel, Ethan, Harry, Matt, Tyler and, last but definitely not least, the centre of my universe… Jane (without a y). I love you all. 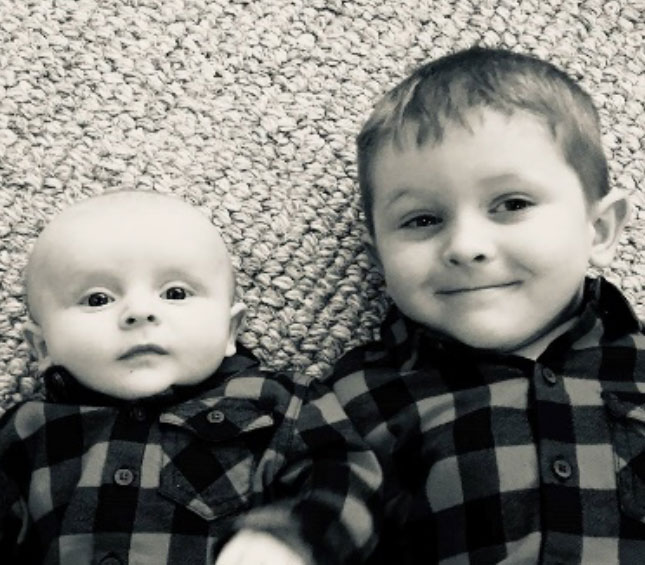