Moving Back In Time

It’s at this particular point that I want to take you back in time to a period in my life when I was not actually writing but when a lot of the other inspirations for various characters were subconsciously being formed. To set the scene, I was ongoingly doing my self employed work as a domestic appliance engineer, going out repairing or installing domestic appliances such as washing machines, tumble dryers, dishwashers etc when one day one of my customers suggested I might be interested to attend a business network meeting to potentially generate more work for myself.

I thought about it and after a few weeks took the kindly gentleman up on his offer and attended a breakfast meeting of what turned out to be an organisation called BNI (Business Network International). Well for the uninitiated BNI is a multinational networking group that run breakfast and lunch meetings on a regular basis all over the world and the members of the various groups that meet stick to a fairly rigid timetable of telling each other (and visiting guests) what they do, how they add value to what they do in comparison to other similar trades and what’s going on in their business, as well as reporting upon new business generated within the group by members recommending each other to contacts and clients.

In a nutshell it is a great way to get new business IF and only IF you (A) work the system of what they liked to call “givers gain” which is a principle I like to work to in all my life. It equates in effect to the age old statement of “You only get out of life what you are prepared to put in” or words to that effect. Selfish people only prosper short term etc etc. and (B) You don’t rock the boat.

Well here at (B) is where I struggled a little. To start with it worked fine as I got to know the members and learned the various whys and wherefores you needed to give and gain business, it necessitated meeting up with other members to learn about their businesses in more depth, giving regular 60 second presentations upon your business and occasionally doing a full 10 minute speech to really hammer home your relevant points.

So after a few years of attending these meetings on a weekly basis although I had seen an upturn in referred business, I was finding it more and more difficult to come up with new ways of entertaining members for even 60 seconds let alone 10 minutes especially about the relatively boring subject of domestic appliance repair so I decided to take a slightly different tack.

As is eluded to in the book, my main character Brody likes to quote books, films and songs in a strange way to bolster points he is making. Strangely but maybe not surprisingly so do I. Many people do it without realising it. Famous one liners that have taken on a greater meaning are regularly used to explain things. For a classic example when someone comes up against something that might seem insurmountable they are quite often heard to say, “We are going to need a bigger boat.”

If you do not get the reference then you are possibly too young to remember one of the greatest cinematography achievements of all… JAWS! Most over 25’s will either get it or vaguely have heard it somewhere but us 40+’ers get it straight away. Here also is inspiration number 1. My character ‘Brody Martins’ is so named, directly in homage of the character, so brilliantly played by the late Roy Scheider, namely… Martin Brody, the very one who said the famous line.

Incidentally you may be interested to know that it was actually a one line ad lib that worked so well that the then relatively unheard-of director, one Mr Steven Spielberg decided in his infinite wisdom to keep it in the final cut. Little did he know how influential that single line would become worldwide. So how does all this relate. Stick with me… I’ll be back… 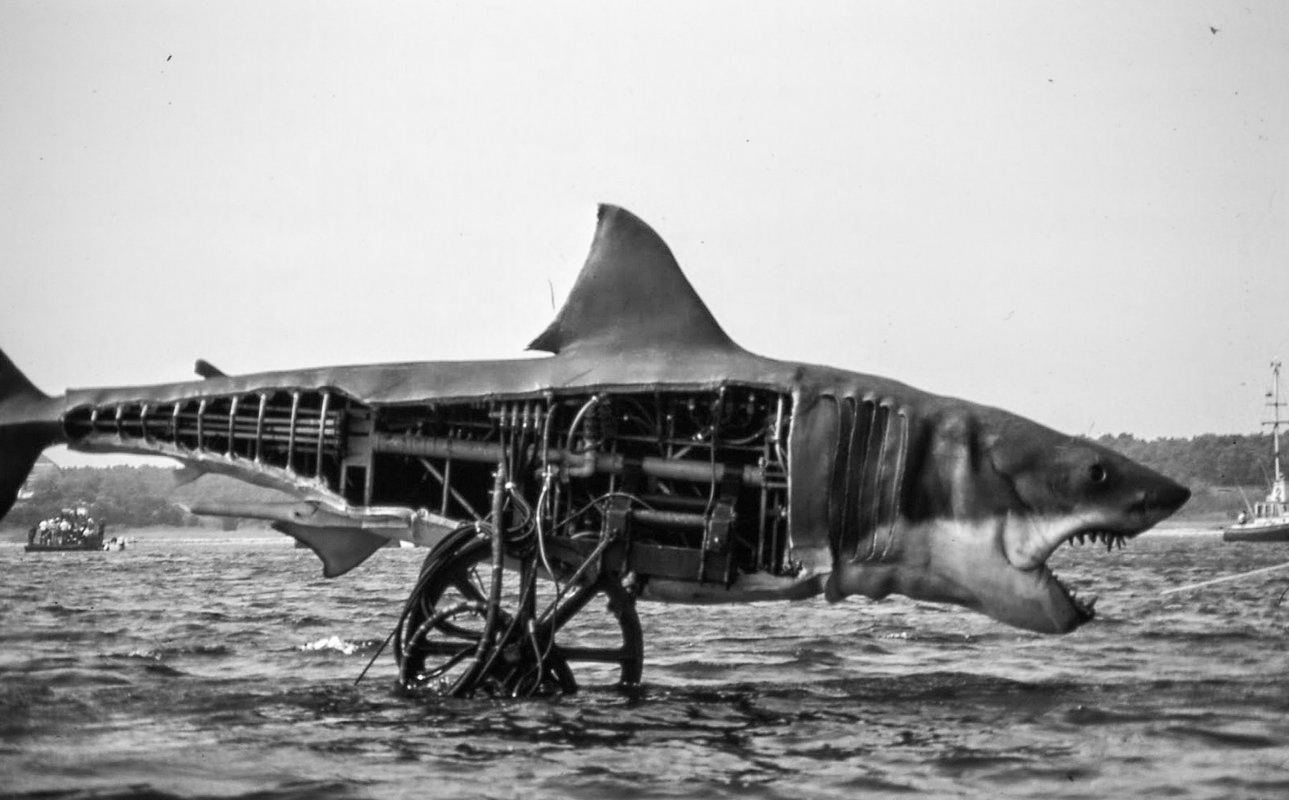