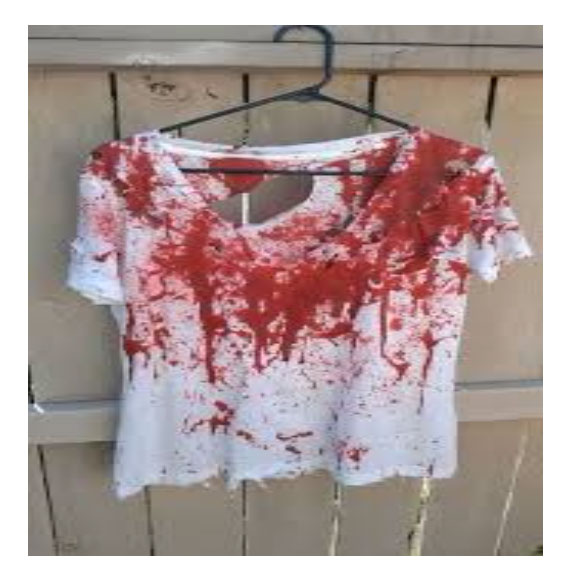 Much more blood, guts, snogging and what comes next?

You have heard over the last two weeks how at 12 to 13 years of age my life was being moulded by my infatuation with the performing arts and all the slightly more mature beautiful girls it brought me into contact with. Joking apart it was these two things combined that helped me develop from the slightly shorter, slim, looks a year or so younger than his years, regularly bullied lad into the still looks younger but now ultra-confident outgoing showman that I started to become. I realised very early in my life that confidence will carry you through where pure ability might not but when you combine ability with confidence you were onto a winning combination.

I reckon I had some ability in the acting side of drama, although I have never been able to hold a note so musicals were always a stretch. So when the confidence grew I took on a new persona. These were the best years of my school life and override many more painful memories. With Miss Salmon’s help I became ‘known.’ Girls liked me more than they used to, although I was no different to look at. Lads accepted me more even though I was no tougher. Things were good when I was doing drama. I do regret not taking it further and I am actually looking to revisit it as my opportunities for spare time allow. 40 years on who knows.

OK I’ve kept you in suspense long enough, time to spill about what occurred in the rehearsals extra week. Well firstly there was the mistimed change over that went astray when Miss Salmon had gone out for a cigarette break leaving the cast with a far less experienced stand in. Well we obviously took advantage and as kids do, we messed around. Little did my gorgeous co-star and I know that she would re-enter the building through the backstage entrance catching us… Well, mid smooch shall we say. I remember her words to this day. In a high pitched screech from the changing room door, I heard “Mr Smith! Will you put those down and YOU miss ********* PLEASE go and wash your hands.” And with that she turned and to coin a phrase exited stage left. Well you can imagine our sheer embarrassment whenever we next saw the cool as a cucumber Miss Salmon who being the superb ‘down with the kids’ type teacher that she was, never told a sole. She would just smile and say, “You two don’t forget to put your props away safely.”

Then there was the blood bath… Another inexperienced supply teacher who was placed in charge of one particular rehearsal session when Miss was off poorly was treated to a rehearsal without prior knowledge of the scene we were practicing. She was naively told to “just look after us” and “We are nearly performance ready so should be done within 30 minutes.” Well to cut a long story short I deliberately overfilled every blood sachet and we conspired to pretend to have an argument and start fighting over the props. One of the said props was a very realistic looking, but plastic cut throat razor. Well when Sweeney Todd, Mrs Lovett and Mr Smith started brawling on the stage it was never going to end well. What I hadn’t planned on was someone grabbing the fake razor off the main star and swishing it about like a tiny sword. The inevitable happened and it hit the over filled blood sachet taped in my collar area and burst it good and proper spilling about ½ litre of fake blood down my pristine white shirt. The supply teacher fainted and we were all put on detention for the rest of the week but the look on her face was worth it all…