I loved researching and discussing these daft things last week and thought I’d delve deeper before moving on to a darker place next week. These are less known but just as regularly occurring.

Eggcorns :- These were apparently first identified as a separate phenomenon as recently as 2003, and got their name from a discussion about a woman who misheard the word “acorn” as “eggcorn.” In eggcorns, people replace the right word with a different word that sounds the same—a homophone—that makes some convoluted logical sense in the phrase.

As an example, for years a friend of mine thought when it was cold people were saying "windshield factor" and didn't realize it was "wind chill factor" until years later I put him out of his misery. It made sense to him because he thought when you are in a car, it’s warmer, but the windshield factor would take account of the elements, as if you were outside the car. And you can see how this might make sense. So that’s an eggcorn. It doesn’t change the meaning like in a mondegreen. “Windshield factor” and “wind chill factor” had the same meaning in his mind.

Malapropisms :- The name comes from a French phrase meaning “badly for the purpose.” People started using it to describe the silly misuse of words after the playwright Richard Sheridan named one of his characters, who had a habit of ridiculously mixing up her words, Mrs. Malaprop. Malapropisms occur when someone substitutes a similar-sounding word for another word. For example, George Bush was reported to say, “nucular power pants” instead of “nuclear power plants.” In Sheridan’s play, Mrs. Malaprop says someone is, “the very pineapple of politeness” instead of “the very pinnacle of politeness.” The difference between a malapropism and a mondegreen can be very subtle, but people typically think of a malapropism as a mistake made by a speaker—someone like Mrs. Malaprop saying the wrong word—whereas a mondegreen is a mistake made by a listener—someone mishearing a word or phrase. Also, people sometimes intentionally use malapropisms to be funny, but mondegreens generally are innocent mistakes.

My biggest failing is the ‘relevant film/song quote’ It’s brilliant when you are with a group of people who know and love films and also get the reference, but can be tiresome to those who have no idea what you are rambling about. It is one of Brody’s character traits and although Cash and more latterly Charley get it they are also frustrated by his habitual over use of the skill. Frivolity isn’t always the best fallback position. We see in the progression of his character it serve him well and badly on various different occasions. On a similar note don’t you find it hilarious when people say “Pardon the Pun” when it’s not even a pun? 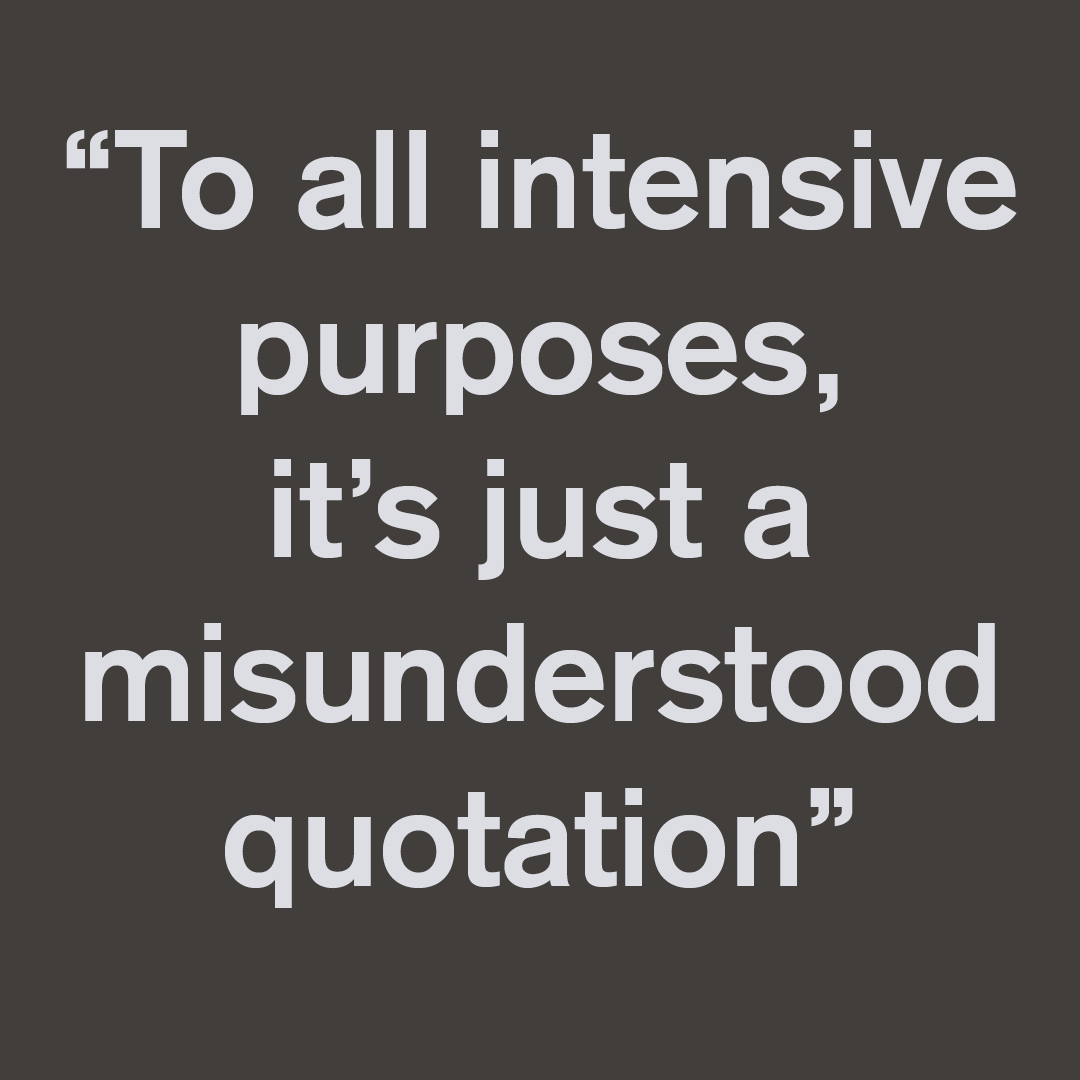