Where do we go from here?

Is it down to the lake I fear? I say this as an example of “quoting” I mentioned this in brief a few weeks ago, but now want to discuss it a bit more. I think a lot more people do this phenomenon regularly than most would realise. If you can remember back to one of my very first blogs, I mentioned how in my naivety as a young boy I thought my ideas were being stolen because they appeared elsewhere after I had ‘thought them’ Obviously at six years old not knowing there is a bigger world with 60,000,000,000 people in it, makes it seem realistic that if I think of something (probably influenced by TV) then when I notice it on TV later it would seem logical to believe that somebody nicked the idea direct from my head?

Sounds weird but we have all done it to some degree. Yes you have… You have all said

“Did you see that blah blah the other day, we used to do that when I was a kid, Joe blogs started that craze back in the 80’s” or something along those lines. Some of us with more vigour and belief than others. But you hear it all the time.

“Oh I started that off years ago.”

“Yea that was brilliant I was the first to say blah blah xyz.”

The point I am making is this. You (And me) probably weren’t the first, we didn’t start it. We more than likely heard something stored it and let it go later at just the right moment to get a desired reaction and then later claimed it as yours. OK so I can hear a few groans of “get to the point”.

The point is SOMEBODY was always first and it is rarely the one you think it was. Bringing that back to my first statement. I loved filling gaps that didn’t need filling. Like when someone said something like “Where do we go from here?” said as a genuine question needing an answer. I’d be the clever dick who would spout up “Is it down to the lake I fear? Ay, ah, ah, ah, ah, ah Ay, ah, ah, ah, ah, ah, La la love plus one” Before anyone else gets a chance to give the answer that was actually required. Trust me if the timing is right it can be fun but you just have to be in the right place at the right time with lots of lines and lyrics stored up. That one is quite specific but I can’t count the amount of times I’ve rolled out others… I will expand on this next week… 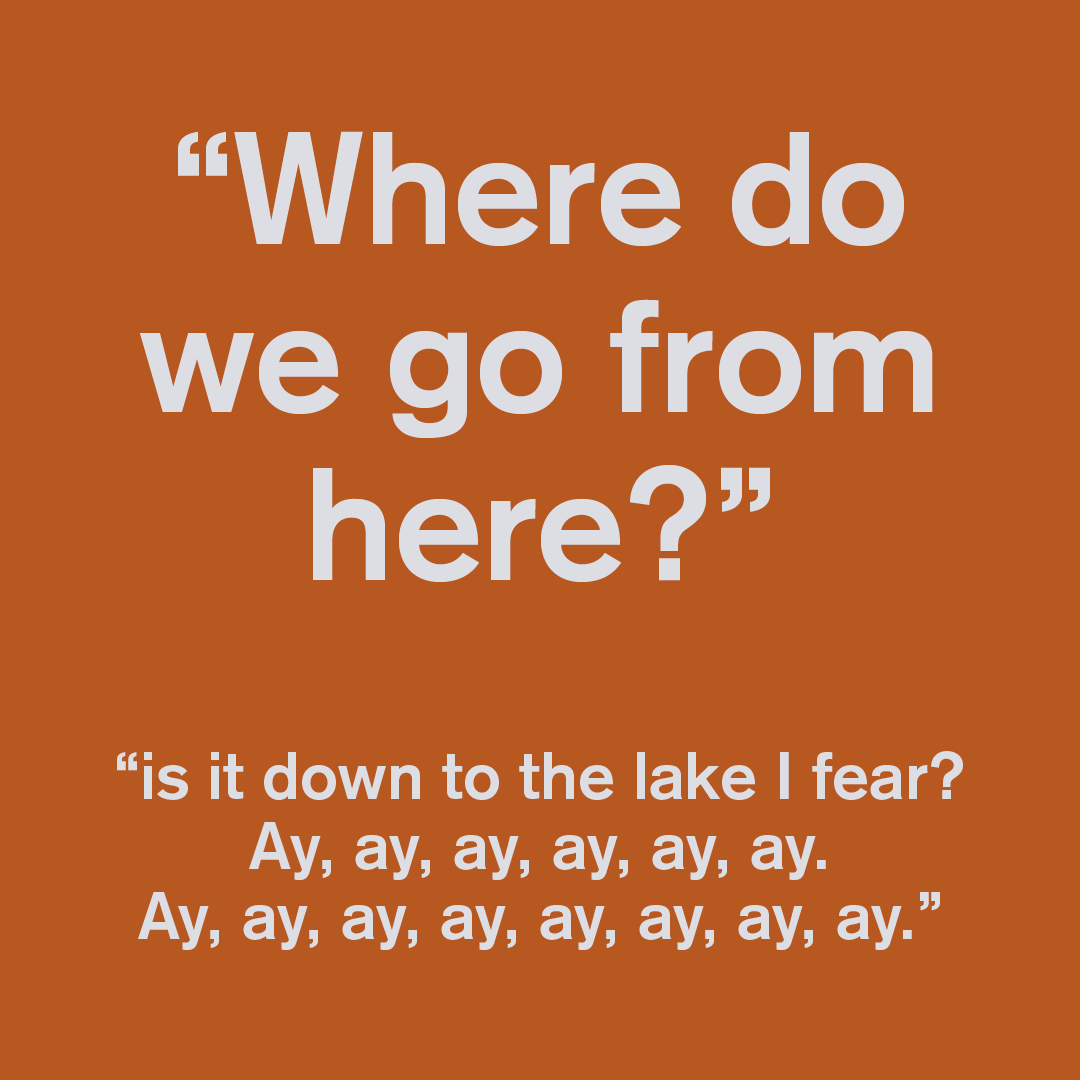