Part Four of Part One.

Brody is nursed back to health as the others continue their attempts to capture Evet, but Evet convinces his new allies to attack and hold two of the seven thus diminishing their combined mental abilities. Evet tortures the two deliberately, knowing that their kin will empathically feel the pain and suffering, he hopes they will mount a rescue and then he can use the tribesmen to kill them all and capture Brody, his true prize. The remaining others convince Brody to stay put whilst they make the first approach to the Chief whose name is found to be Cu-bér. They know full well he will ignore them and probably try to contact him personally. They plan ahead and arrange a meeting for the two by sending mental transmissions to Cu-bér that he can understand but not respond to. He stakes out the allotted area they implant in his mind and Brody approaches thinking he is there ahead of the others. The plan works and the two men meet. Cu-bér uncannily reminds him of Cash from back home and he slowly starts to realise that many names, places, and occurrences are unusually familiar.

Brody learns that the chief is able to control Evets ability to mentally influence the tribe by administering drugs in his food and drink. Evet is unaware but has already converted a good majority of Cu-bér’s men. Brody, Cu-bér and the five remaining others try to release the captured two but Evet catches them in the act and sets a battle in motion by mentally stimulating the chief’s pet wolves and his tribe to launch an attack. The others try to mentally block the transmissions but as five are not strong enough. After carnage and brutality on both sides all but Cu-bér, Brody and Evet are slain. Brody manages to hit Evet with a randomly thrown dagger and Evet seems mortally wounded but uses his powers of illusion to once again escape… 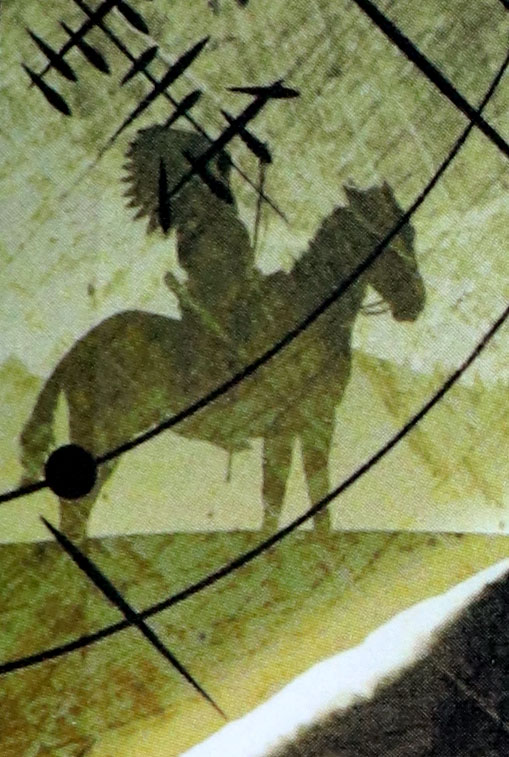