So enough of the cover tease, let's discuss editing because it has been the bane of my life. Back on book 1 I didn’t realise how difficult it would be. I fully expected that I’d write the words, skim over them a few times, give them to the editing guy and two days later, by the use of clever technology I’d have it all back, perfect! Well… No! It doesn’t quite work that way AT ALL.

Firstly it took me eight reviews and two full read throughs before I even felt ready to pass my baby (book1) on to the editors. At this point I was fully expecting twenty or thirty comas, and a few full stops or exclamations etc to be found, along with the obvious few typo’s and spelling corrections. Well bearing in mind my fastidious and borderline OCD nature I was absolutely mortified when it came back virtually dripping in red marker with over 2,000 corrections from within an 80,000 word document.

When I read through them all (A week long task in itself) I could hardly argue more than five or six of the suggestions, but after then re-reading the book again post correction implementation, I was suddenly getting new ideas on sentence reconstruction, adding bits of descriptive colour, taking away unnecessary adjectives and loads more which caused at least another three similar reviews. After about four months of this backwards and forwards to editors and proof readers I finally got the book to a stage called type setting. I thought this would be a formality just making it all fit the page… NO… And that’s another story. 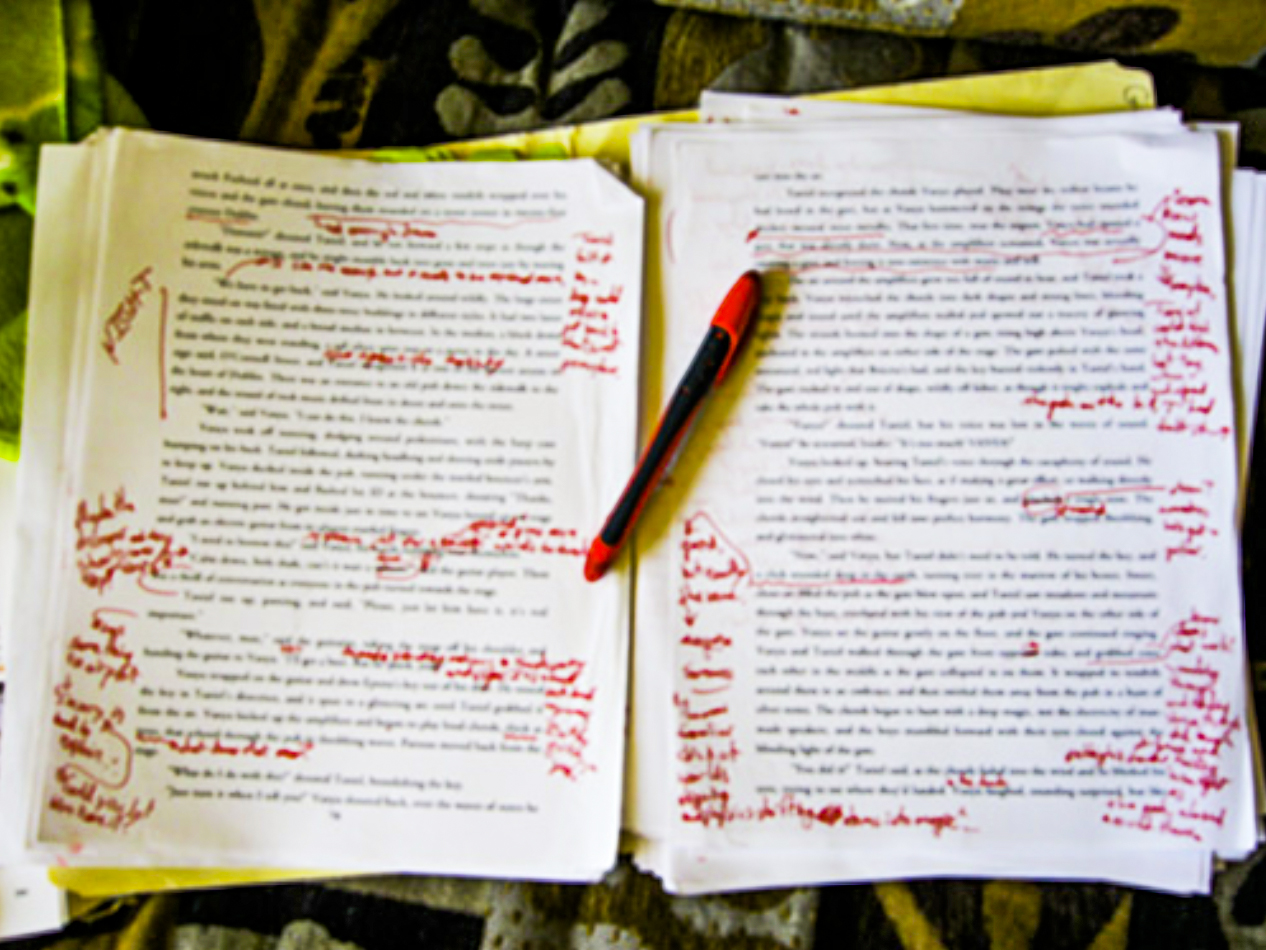